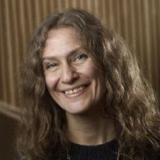 Tine Rask Licht is a Professor of Intestinal Microbiology at the National Food Institute, Technical University of Denmark. Her research has addressed topics including conjugational transfer between intestinal bacteria, spatial distribution and growth dynamics of microbes residing in the gut, and the interplay between pathogens and the gut environment.

For the last decade, she has focused on dietary effects on the gut microbiota and its metabolites, including effects of pre- and probiotics. Specific activities have addressed the interplay between gut microbes and inflammatory and metabolic phenotypes of the host in adults and children. Her lab is the driver of studies involving in vitro approaches, human cohort and intervention trials, as well as gnotobiotic and commensal animal models. Recently started projects focus on novel intervention strategies targeting the gut microbiota in order to cure disease.

Tine Rask Licht was heading the Research Center entitled ‘Gut, Grain and Greens’ (www.3g-center.dk), involving researchers from universities and industries in Denmark and abroad, and funded by the Danish Strategic Research Council. She has broad experience as a scientific committee member in projects evolving around gut microbes and health, as well as with grant evaluation for various European funding bodies and the EU. From 2011 to 2016, she served as a dedicated member of the Danish Council for independent Research.

Research in her lab is currently funded by Innovation Foundation Denmark and the Novo Nordic Foundation. In 2010, she received the Danisco Award given for ‘outstanding efforts to improve foods’.

Conflicts of interest: Tine Rask Licht has previously collaborated with industries operating in the pre- and probiotic field, including Chr. Hansen, Novozymes and DuPont (previously Danisco), and in the field of animal models (Taconic). 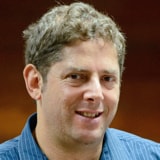 Professor Elinav’s lab focuses on deciphering the molecular basis of host-microbiome interactions and their effects on health and disease, with a goal of personalizing medicine and nutrition. Dr. Elinav completed his medical doctor’s (MD) degree at the Hebrew University of Jerusalem Hadassah Medical Center summa cum laude, followed by a clinical internship, residency in internal medicine, and a physician-scientist position at the Tel Aviv Medical Center Gastroenterology institute. He received a PhD in immunology from the Weizmann Institute of Science, followed by a postdoctoral fellowship at Yale University School of Medicine. Dr. Elinav has published more than 140 publications in leading peer-reviewed journals, including major recent discoveries related to the effects of host genetics, innate immune function and environmental factors, such as dietary composition and timing, on the intestinal microbiome and its propensity to drive multi-factorial disease. His honors include multiple awards for academic excellence including the Claire and Emmanuel G. Rosenblatt award from the American Physicians for Medicine (2011), the Alon Foundation award (2012), the Rappaport prize for biomedical research (2015) the Levinson award for basic science research (2016), and is an elected member, European Molecular Biology Organization (EMBO). Since 2016 he is a senior fellow at the Canadian Institute For Advanced Research (CIFAR), and since 2017 he’s an international scholar at the Howard Hughes Medical Institute (HHMI) and the Bill & Melinda Gates Foundation. 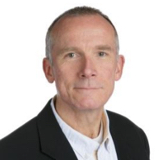 His main research theme is the genomics of gastrointestinal bacteria in humans with emphasis on commensal species. He has co-ordinated and participated in several major projects that examine the composition and function of the gut microbiota, its reaction to habitual diet, and its relationship to health, functional gastrointestinal disorders, and ageing. The ultimate aim of these investigations is to understand host-microbiome interactions, especially in the context of multi-factorial disease. He co-ordinated the ELDERMET project (eldermet.ucc.ie), a nationally funded €5M project that established diet-microbiota health interactions in older people, and he leads a project called ELDERFOOD that is investigating novel foods for healthy aging.

THe is a Principal Investigator in the APC Microbiome Institute (apc.ucc.ie), in which he leads projects on microbiota as a modulator of disease risk in aging and colorectal cancer. He has participated in several EU projects on gut microbiota including NuAge (anchored by University of Bologna) and MyNewGut (anchored by CSIC Valencia). He is a co-founder of 4D Pharma Cork Ltd., which is developing microbiome profiling as an adjunct to health management. Research in his lab is supported by Science Foundation Ireland, Dept. Agriculture Fisheries and Marine, the Health Research Board, and the EU. 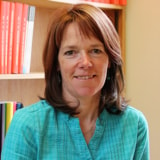 Karen Scott is a Senior Research Fellow at the Rowett Institute, University of Aberdeen, and has worked in the Microbial Ecology Group in the Gut Health Division since completing her PhD. She is responsible for leading a research team investigating the (molecular) mechanisms by which key members of the gut microbiota utilise specific dietary components including prebiotics and fibre. The fermentation products of these gut bacteria contribute to gut health, and differential gene expression means that they are produced in different ratios on different substrates. She is also interested in the development of the microbiota from birth, and the sequential colonisation of the gut. Longitudinal studies illustrate the importance of diet in modulating both the composition and activity of the microbiota in infants. In vitro bacterial growth studies (in pure culture, mixed culture and fermentor systems) illustrate niche-specific substrate utilisation profiles of bacteria, and are used to support data from human dietary intervention studies on the composition and activity of the bacterial ecosystem in vivo.

A parallel interest involves the carriage, evolution and dissemination of antibiotic resistance genes between bacteria, resident in the human gut, or transiently passing through from food or environmental samples. The discovery of new resistance genes on novel conjugative transposons, transferable to unrelated gut bacteria, offers some insights into the potential mechanisms of spread of these genes. 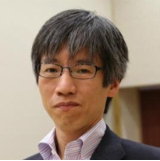 His present research activity is focused on understanding the pathogenesis of inflammatory bowel diseases, particularly the analysis on how intestinal homeostasis is maintained by mucosal innate immune cells and epithelial cells. He is also analyzing how microbiota resides in the intestine without evoking inflammatory responses and influences the host health. 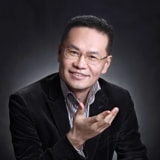 Liping Zhao is currently the Eveleigh-Fenton Chair of Applied Microbiology at Rutgers University and Distinguished Professor of Microbiology at Shanghai Jiao Tong University. He is a senior editor of the ISME Journal and associate editor of the journal Microbiome. He is a fellow of American Academy of Microbiology. He is a senior fellow of Canadian Institute for Advanced Research (CIFAR). He serves on Scientific Advisory Board for Center for Microbiome Research and Education of American Gastroenterology Association (AGA).

His team has pioneered the approach of applying metagenomics-metabolomics integrated tools and dietary intervention for systems understanding and predictive manipulation of gut microbiota to improve human metabolic health. Following the logic of Koch’s postulates, Liping has found that an endotoxin-producing opportunistic pathogen isolated from an obese human gut can induce obesity in germfree mice. Their clinical trials published in Science and EBioMedicine showed that dietary modulation of gut microbiota can significantly alleviate metabolic diseases including a genetic form of obesity in children and type 2 diabetes in adults. The Science magazine featured a story on how he combines traditional Chinese medicine and gut microbiota study to understand and fight obesity (Science 336: 1248).

We and selected partners, use cookies or similar technologies as specified in the cookie policy.
You can consent to the use of such technologies by closing this notice.

Customise your preferences for any tracking technology

The following allows you to customize your consent preferences for any tracking technology used to help us achieve the features and activites described below. To learn more about how these trackers help us and how they work, refer to the cookie policy. You may review and change your preferences at any time.

These trackers are used for activities that are strictly necessary to operate or deliver the service you requested from us and, therefore, do not require you to consent.

These trackers help us to deliver personalized marketing content and to operate, serve and track ads.

These trackers help us to deliver personalized marketing content to you based on your behaviour and to operate, serve and track social advertising.

These trackers help us to measure traffic and analyze your behaviour with the goal of improving our service.

These trackers help us to provide a personalized user experience by improving the quality of your preference management options, and by enabling the interaction with external networks and platforms.

If you are a registered user on Global Grants for Gut Health, please sign in.

Brought to you by Nature Research, The Microbiology Awards are to reward excellence in microbiology research. Learn about the awards and enter.